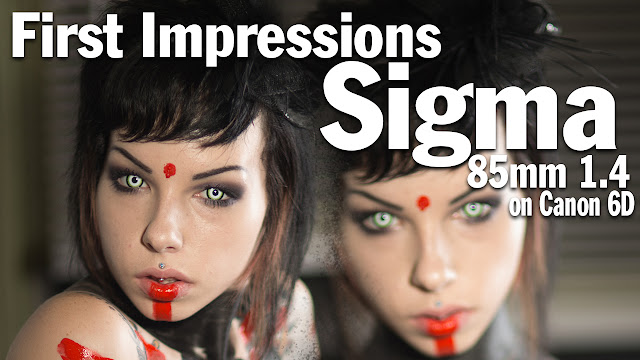 Here's the video version, and the written version underneath it.


Some information may or may not pertain to you. I'll label as much as I can and you can skip to the parts you are interested in.

Reasons why I rented

I rented the Sigma 85mm 1.4 for general environmental portraiture with portrait and modeling type photography. Reasons I wanted to rent it is for

The general settings with the Sigma 85mm 1.4  were mostly at f/1.4 for the natural lighting shots, and f/1.6-f/2 for the artificial strobe lighting.

During the shoot notes.
Post Production Notes & Results of Finals

In these notes my focus was the focus hit ratio, nothing more or less. Everything like distortion, vignetting, etc. can be generally fixed in Lightroom, except an out of focus shot in most cases (without sharpening). Keep noted though my opinion is just my opinion these tests are not in super controlled studio testing like DxO would. These are real world hands-on experiences within portrait/modeling shoots. Understand my tests are based on my shooting and editing techniques I use. Shooting experiences would vary. I do not have much experience shooting in aperture 1.4 much because I lacked the more appealing focal length to shoot it more often.

Hit and miss focus can vary into many different reasons.

Once I got home from the shoot and went over the selection process based on focus (included into the video) and based on the overall hits and misses of focus I was shocked the natural light shots had more in focused shots than the artificial strobe lighting. At first yes, I only had the modeling lamp lighting the subject, sadly this was not enough for the focus to lock-in into the area I wanted it to lock-in. So I added the indoor room light, which of course was minimal but it locked in the focus every time without issue, but was it enough? I do not know if that was the cause, all I can do is assume it was not strong enough for the camera's AF system to lock onto the subject's eyeball. 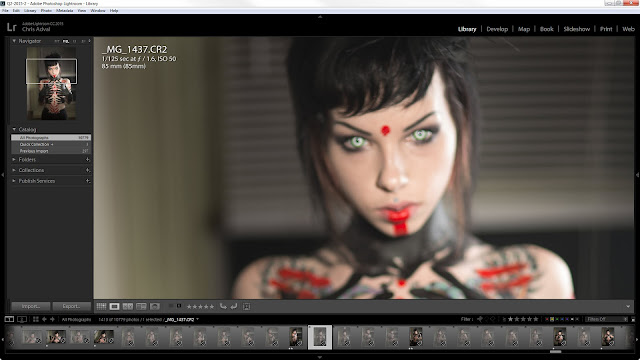 85mm Focal Length: My general thoughts about 85mm focal length, well its 85mm. It's nothing entirely special, or more interesting than a 200mm would give. Until you put it on f/1.4 to f/1.8. It is only better than a 200mm 2.8 lens only because of weight, length and ease of moving around with an 85mm 1.4 lens than a 70-200 2.8 lens. In certain circumstances such as types of shooting situations you're in I'd pick one over the other. Modeling, or portrait sessions, I'd take the 85mm 1.4 lens any day, but a wedding or other fast paced events its the 70-200mm 2.8 lens.

Shooting at f/1.4: Shooting at f/1.4 is not easy. It's especially difficult with faster paced posing in modeling shoots. I've shot at 50mm 1.4 before and it was fine , but since this is my first time using an 85mm prime lens it just made final results much more appealing to look at than a 50mm would in most cases. As I've mentioned already about taking precautions and other tips, these are vital to getting some or to increase your hit ratio shooting at f/1.4.

Should you or should you not get the Sigma 85mm 1.4. I cannot say for you. But for me and what I want to accomplish with my visions of what is appealing and interesting photography, such as using lots of depth of field while shooting at wide open apertures like f/1.4 the Sigma 85mm 1.4 lens is great for portraits and modeling shoots, which for me works perfectly well. As mentioned this is not a review, just a first impressions based on 2 shoots in 3 environments. I do plan on renting this lens at least 5 more times possibly before I could afford to buy it. And if the ART version comes out before I buy an 85mm 1.4 lens I'll be renting that one for sure and posting my impressions here as well.